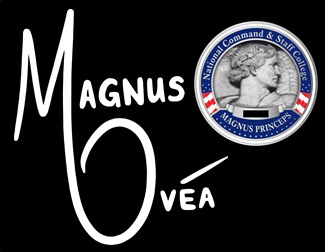 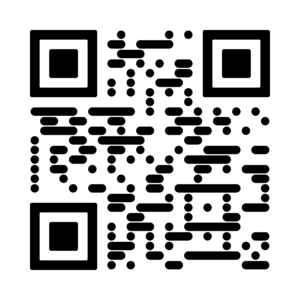 GOAL:  Develop practical wellness strategies that are not only effective but essential to protect and ensure the wellness of those who serve. It is a must-read for all first responders and their families. 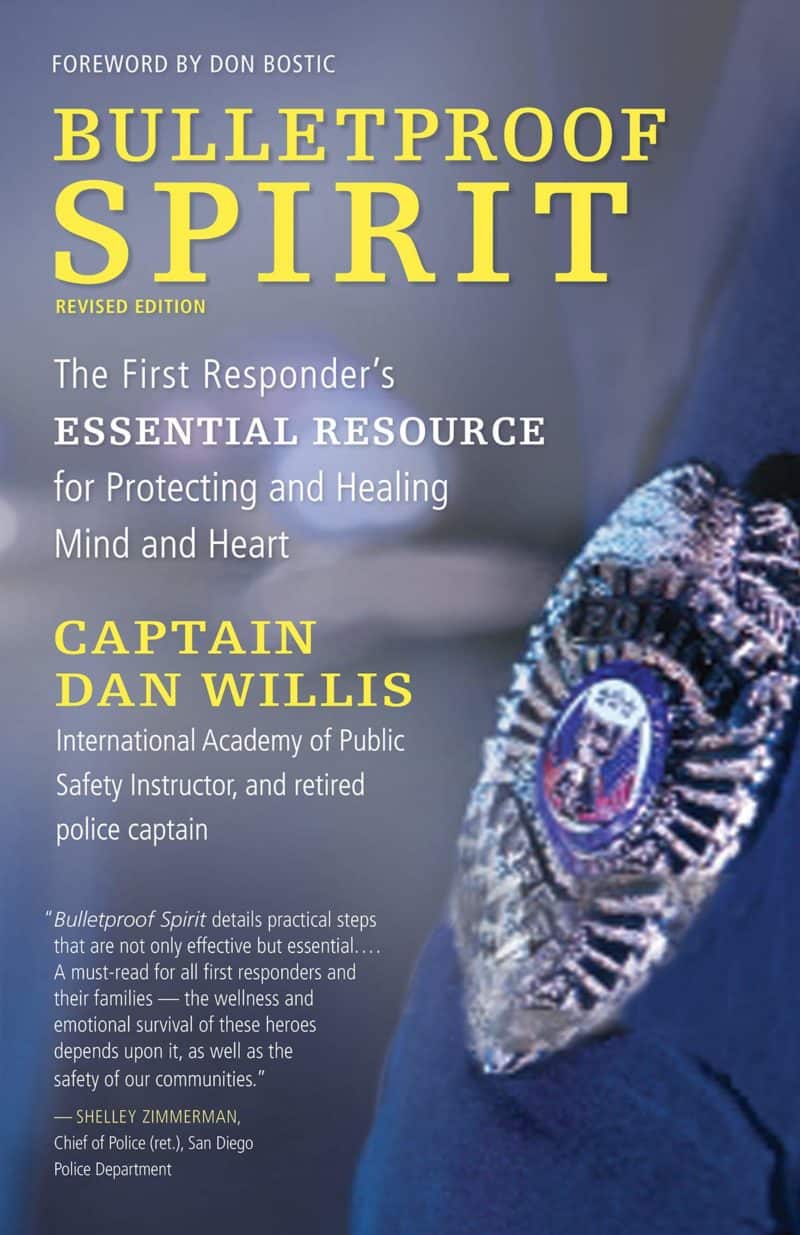 Includes: A signed copy of Dan’s Bulletproof Spirit Book & 1-year access to 4-hrs. of eLearning version of the course

Upon the successful completion of this course, you should be able to: 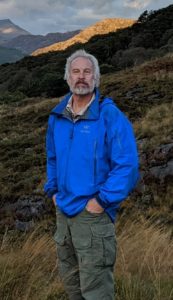 Dan spent more than 30 years in military special operations, primarily as a Combat Controller and Special Tactics Office. His numerous combat and clandestine deployments have taken him around the world and include Operation Gothic Serpent, popularly known as Black Hawk Down, where he is credited with saving the lives of a Ranger and Team Six SEAL while under fire. He later founded and then served as the first commander of two special operations squadrons, one of which’s name and purpose remains classified. His final military assignment was the Joint Special Operations Command (JSOC) weapons of mass destruction U.S. interagency and intelligence community director. His military certifications include HALO and staticline master parachutist, Special Forces combat diver, and demolitions instructor. 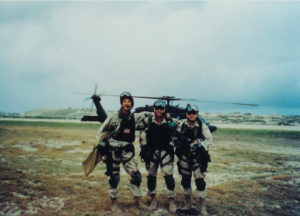 A purveyor of adrenaline-fueled endeavors, he holds the Guinness World Record for most BASE jumps in 24 hours (201), a feat he conducted to benefit children who’ve lost a parent in special operations through the Special Operations Warrior Foundation. He is also a professional-rated demonstration skydiver, mountain speedwing pilot and volunteer ski instructor with Wasatch Adaptive Sports, helping those with disabilities to experience the thrill of downhill skiing.

Dan is now a full-time writer. His book Alone at Dawn was an immediate NY Times bestseller and chronicles the world’s deadliest special operations force. It is soon to be a major motion picture starring Jake Gyllenhaal. His latest book The Power of Awareness provides rules and skills everyone can use to be safe in an increasingly crowded and dangerous world.

He is a frequently requested authority on assisting individuals and organizations in finding purpose, happiness and becoming more resilient, a passion born of his own failures and success.

GOAL: Enhance your leadership skills at every level of the organization by combining your personal art of leadership with behavioral science theories to enhance motivation, satisfaction, and performance of your people; build highly cohesive, functional teams; and strengthen the health of the culture in your organization.

Based on the leadership course taught at the United States Military Academy at West Point, Authentic & Deliberate Leadership: The West Point Way session challenges participants to bring their artful experience leading others at any level of the organization and combine it with behavioral science theories which will improve the participant’s ability to enhance the motivation, satisfaction, and performance of their people. It is not intended to be theoretical; it is designed to be deliberately applied in the real world with real people using contemporary challenges in need of creative solutions. The foundation of the course is about understanding human behavior, including your own, and learning to lead people more effectively in a dynamic environment. Participants will get a one-day executive overview of the 120 hour course that has been taught to police leaders across the globe for more than 15 years. You will be introduced to theories in five critical areas. The leadership theories and accompanying strategies are presented by exploring past and present incidents. Likely topics for the day include: perceptions and biases, expectancy theory, equity, followership, socialization, culture, and influencing our communities.

With more than 35 years in public safety leadership, Dr. Dave Mather has worked with more than 350 agencies around the world as an executive coach, leadership instructor, keynote speaker, and international consultant supporting public safety and the communities they serve. Since leaving uniform, Dave served as the Executive Director for RULETC (Rural Law Enforcement Technology Center), a U.S. Department of Justice project that provided technology research, testing, evaluation, and support to law enforcement agencies across the United States. He served as a training consultant and leadership mentor for the Pittsburgh Bureau of Police, Washington State Criminal Justice Training Commission, and is a founding Professional Advisor for the Center for Excellence in Public Safety Leadership. A University instructor, Dave has his master’s in organizational leadership and his Doctorate in Educational Leadership with a focus on adult learning methodologies.

Dave is a Charter Member and Nationally Certified Instructor with IADLEST, a certified facilitator of the “Self-Defeating Habits of Otherwise Brilliant People” and “Resolving Workplace Conflict”. He is an international member of the John Maxwell Facilitation Team, a certified facilitator for several professional personality evaluations and truly enjoys working with organizations to help build capacity and improve even the most resistant cultures.

Since 1999, he has facilitated leadership courses for more than 3,500 attendees across North America and several foreign law enforcement agencies around the world.

GOAL:  Enhance Strategic Planning and Leadership for the new normal! 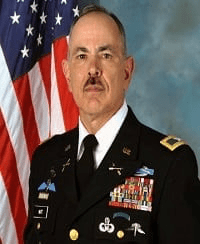 Chief Randy Watt is a retired Chief of the Ogden Police Department in Ogden, Utah, having retired in January of 2021 with 37 years of service.   Randy holds a Master of Strategic Studies Degree from the U.S. Army War College, a M.B.A. from the University of Phoenix, a Bachelor of Police Science degree from Weber State College, and is a graduate of Session 191 of the F.B.I. National Academy.

Chief Watt is a recipient of various medals and commendations, including the department’s Medal of Valor (twice awarded).  A long-time member of the Ogden/Metro S.W.A.T. Team, Chief Watt has extensive experience in tactical operations, ranging from high-risk warrant service to hostage rescues.  Chief Watt is a nationally recognized expert in the field of law enforcement special operations and counter-terrorism.  He has participated in projects supporting the Department of Homeland Security (DHS) and the National Institute of Justice (NIJ).  He is an expert witness on Law Enforcement use of force and counter-terrorism.

Privately, Chief Watt is the President/CEO of SRW, Inc., a consulting and training corporation he started in 2008.  The company focuses on Strategic Leadership and Planning for law enforcement and private businesses, and also provides special services to certain industries.  Clients range from existing U.S. and foreign corporations to startups.  Randy has developed and trademarked his own business tools to support strategic planning and decision making in the real world.  An avid firearms user and trainer, Chief Watt is a Range Master at the famous Gunsite Academy in Paulden, AZ.

Randy is also a Colonel (ret.) in the Utah Army National Guard, having served 34 years of active duty and National Guard service.  His last command was as Commander, 19th Special Forces Group (Airborne), leading 2200 Army National Guard Special Forces soldiers located across 9 states.  Randy served at all leadership levels within the19th SFG(A), including ODA, Company, Battalion, and Group.  He is a graduate of numerous Special Operations courses and schools, and is a Master Parachutist and Military Free-Fall Parachutist.  Leadership development culminated in a prestigious assignment to the resident U.S. Army War College, Class of 2010.

Colonel Watt’s combat service includes year-long tours of Afghanistan, 2001-2002, Iraq, 2006-2007, and Iraq again in 2010 through 2011.  As a result of his service, he received the Bronze Star Medal with “V” device for valor in combat, three Bronze Star Medals for meritorious service in combat, the Combat Infantryman’s Badge, the G.W.O.T. Expeditionary and Service Medals, the Afghanistan Campaign Medal with two stars, the Iraq Campaign Medal with three stars, and the Joint Meritorious Unit Award.  He was featured in the March, 2003, ABC television special Profiles From the Front Lines, and the August, 2003, issue of Men’s Health magazine.  He is the author of “One Warrior’s Creed.” 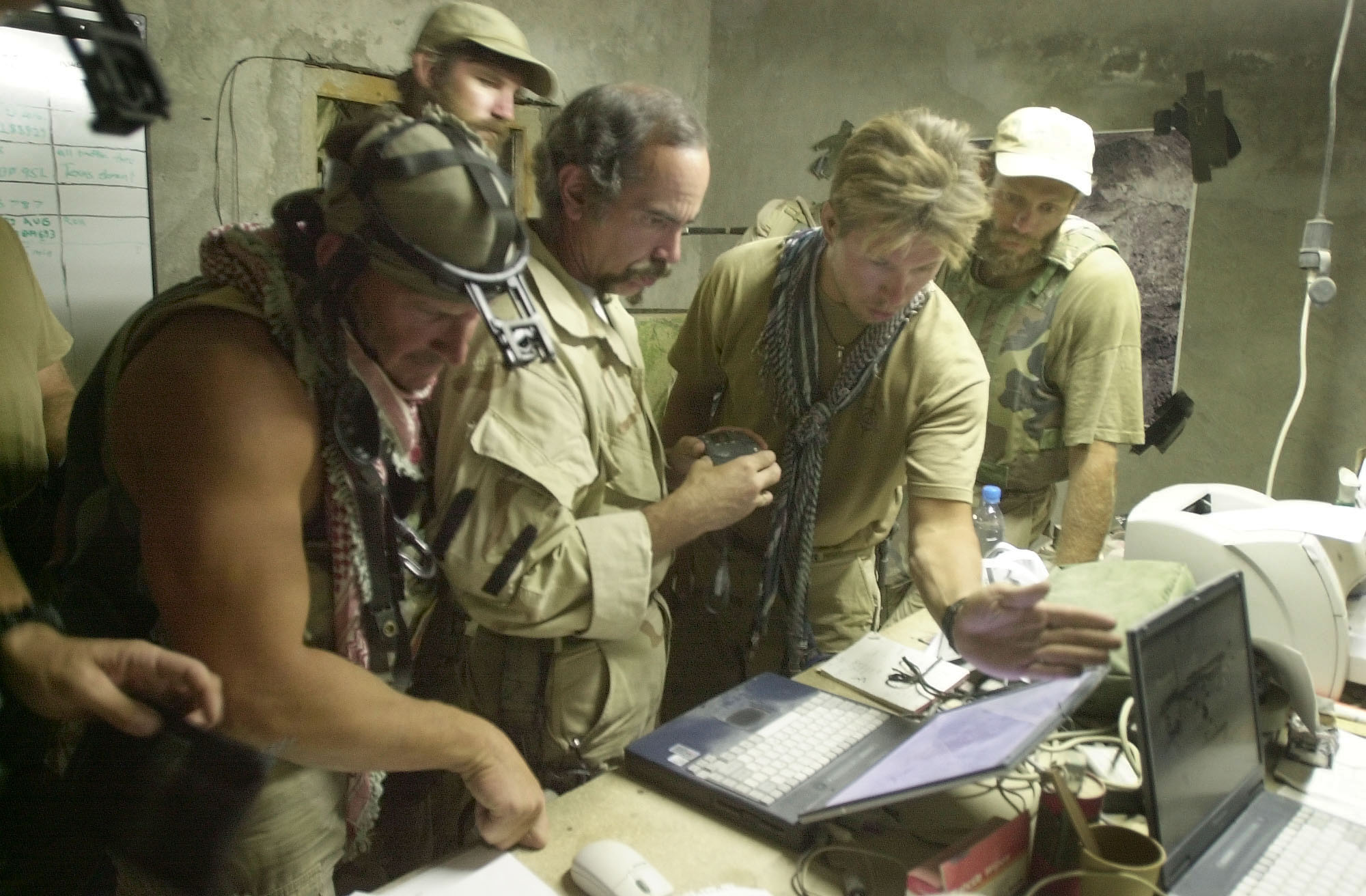 GOAL: Learn to lead others in the heat of chaos.

In the growing disruption in the world of business, Linda sees leaders craving new approaches to focus themselves to be deliberate and decisive at the EDGE of their game.  This full day program is for those who want to hone their EDGE Performance skills to enable them to confidently align thinking and engender buy in with decisiveness in a volatile and uncertain world.  The skills that will he covered in this workshop are:

These skills were emerged by Linda over the course of 30 years and were born out of her experience as the first woman to eject from a military aircraft, where she pulled the ejection handle and the ejection seat did not depart the aircraft, a story she has come to call 2.5 seconds to live a leader’s guide.  Her belief is that all leader’s need to evolve their thinking capacities to be able to leverage these skills naturally “On Demand”.

In 1996, while Director of the Naval Leader Training Unit, Linda came to understand the intricacies and significance of enabling learning capacity in optimizing operational engagement that yield results. Applying all she experienced from high intensity military operations in which a leader’s split-second decision literally could cost lives or damage to multi-million dollar aircraft, Linda next transformed these learnings to the business sector.

The last several years, have emerged into helping organizations with Adoption with cultural transformational needs particular to building the bridges between human interface and digital transformation. This is an especially volatile environment that is essential for corporations to remain competitive and capture the leading edge of business markets. 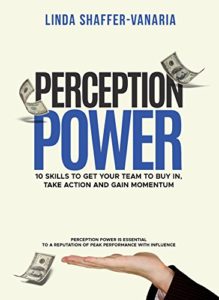 About Perception Power: In today’s world of evolving complexity and disruptions, taking control of your perception is more essential than every before. PERCEPTION POWER emerged from the author, Linda Shaffer-Vanaria, discovering through coaching 1000+ leaders that this skill is seemingly missing from the repertoire of high potential and proven leaders. This book offers leaders the skills they need to take charge of ensuring they can leverage Perception Power to enhance their influence to get their team to buy in, take action and gain momentum. By team, the author means the full end-to-end relationships essential to achieving any organizational initiative. Any one of these skills can help you significantly. Imagine what all 10 of these skills could offer you in bringing more PERCEPTION POWER to you and your team. 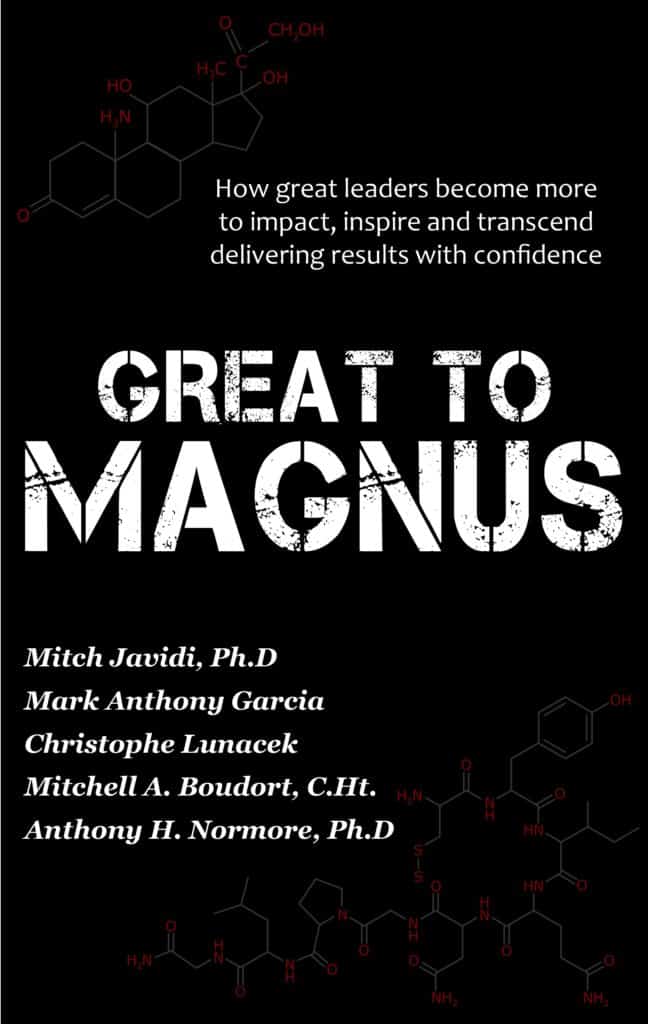 GOAL: Learn your psychological being avatars and accelerate your performance and resilience.

In this session, your faculty will introduce you to your psychological being’s Avatars.

Avatars have been defined based on a Michael Apter’s scientific  reversal theory model which has shown that we think, act, react according to the state of mind in which we find ourselves.

This model offers a simple and complete reading grid of our “way of being” at a given moment. 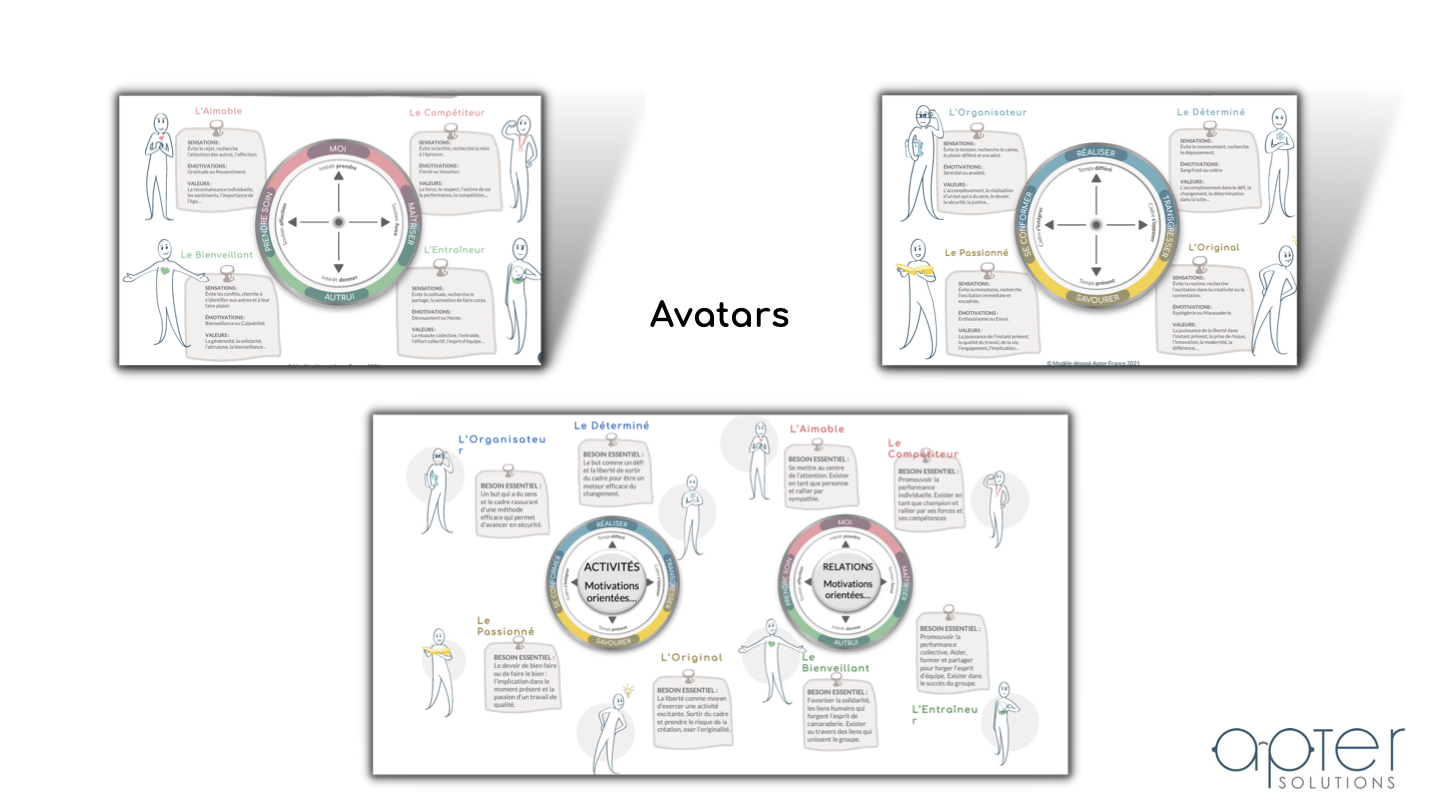 This assessment allows you to: 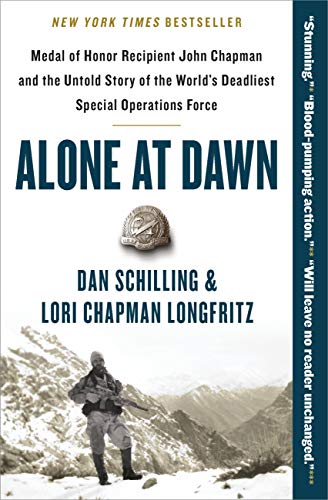 The certification is based on the  science and practices of human behavior.  The workshop introduces a new theory of human behavior “MAGNUS OVEA” that utilizes a series of interlinking interpersonal and intrapersonal neurobiological capacities designed to turbocharge star performance. The certification is delivered in a format that is easily applicable to our daily lives to improve leadership and well-being of each person willing to apply these principles.  Filled with tactical and practical tools, you will be able to identify, relate to and build a road map for your journey.

Upon completing the course, each participant will:

Included with your enrollment 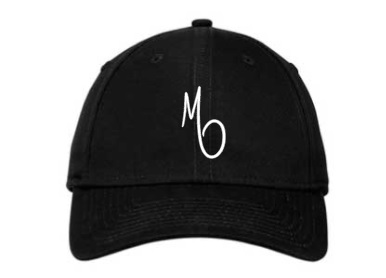 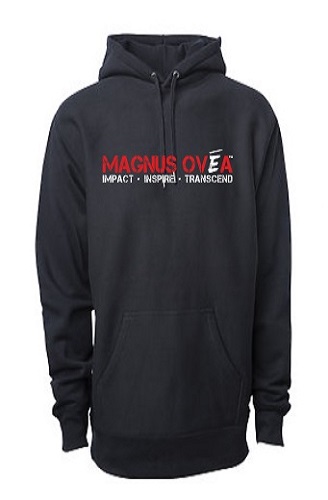